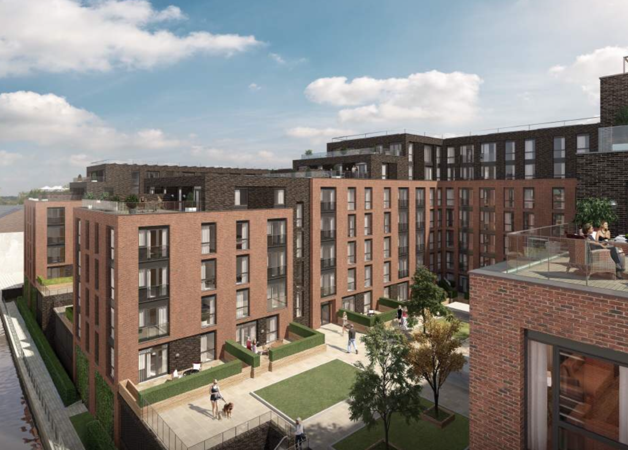 FHP and FHP Living, acting on behalf of Cassidy Group, have helped conclude the forward funding of a major PRS (Private Rented Sector) development in Nottingham.

The development, which has been forward sold to Cording Real Estate Group, is the first PRS scheme to be funded in Nottingham and follows a national trend of institutions looking to invest in major residential schemes in the core cities.

David Hargreaves, who fronted the deal on behalf of FHP and FHP Living, said:  “We worked closely with Patric Cassidy and the Cassidy Group to convince Cording Real Estate Group and their investors, which include European Funds, that Nottingham was the place to invest.”

The forward sale, which was for approximately £45 million, will see 350 studio 1 and 2 bedroom apartments built on a cleared site next to the Hicking Building.  Saffron Court will have 130 car parking spaces when completed and is now under construction.  Winvic are the contractors.

Hargreaves said: “Much of Nottingham’s city centre residential stock dates back 10 years and therefore the rents achieved are relatively low due to the condition of the properties.  We have been able to show investors, however, that for newly refurbished properties or small new developments, significantly increased rents can be achieved which in turn has given Cording Real Estate Group the confidence to invest in this project.”

Tim Holden, Director of Residential Development and Asset Management, at Cording said: “David Hargreaves and his team at FHP spent a number of hours driving us around the city and “selling” Nottingham, which helped to give ourselves and our investors confidence in both the city as a whole and also the development.  The demographics, the local economy and the affordability indices were all right for Nottingham and with the recent successes of Nottingham Trent University winning University of the Year and the evolution of the Creative Quarter, we think Nottingham has a bright future.  48% of the 300,000 people living in Nottingham are under the age of 30.”

Patric Cassidy said: “We think Nottingham has a great offer and now that we have secured our first 350 apartment PRS scheme, we are keen to find further opportunities in the city, both for PRS and students.”