NOTTINGHAM STREET GETTING ‘AXED’ – BUT IN A GOOD WAY! 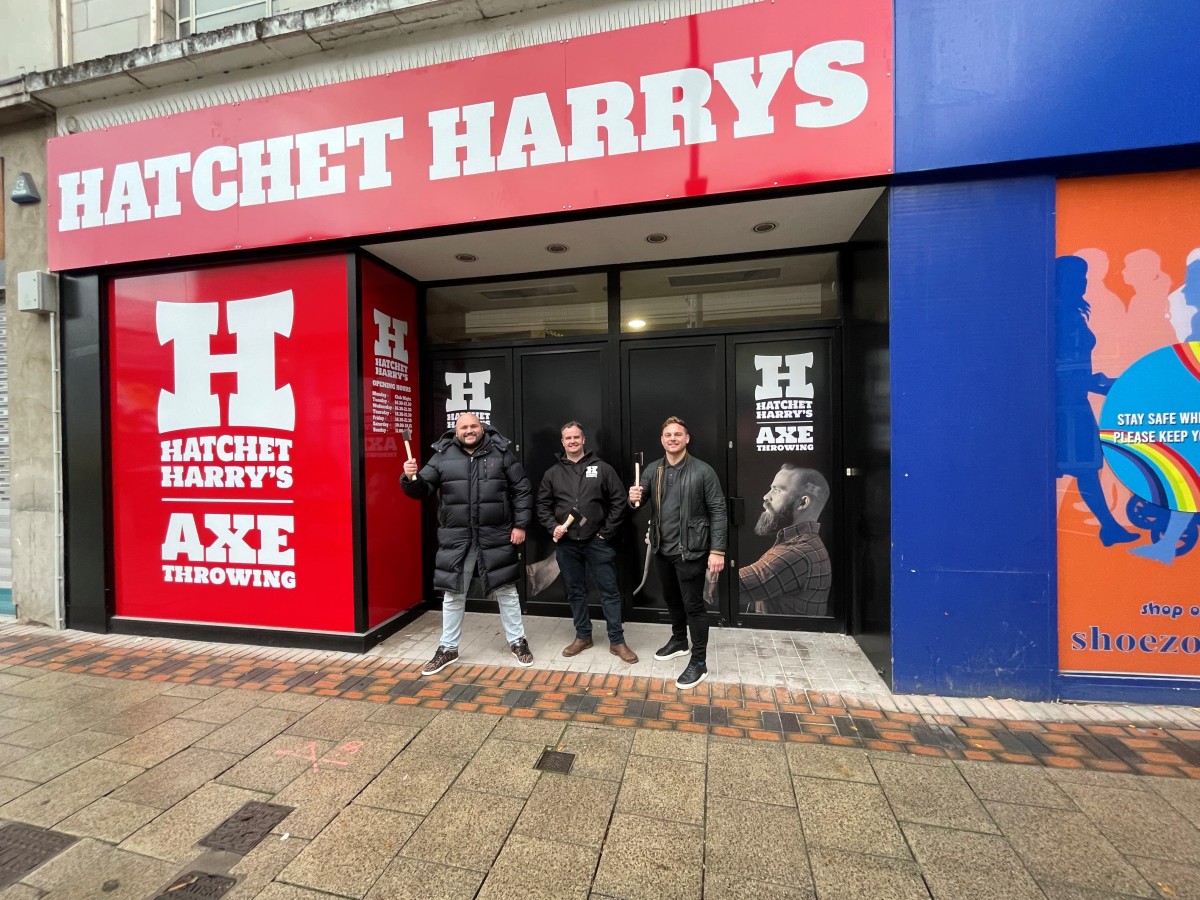 The site of former shoe shop in Nottingham has been leased by an ‘urban axe throwing’ business in a move designed to reinvigorate part of the city centre.

Hatchet Harry’s is setting up its fifth UK venue in Nottingham’s Lister Gate, in a commercial unit previously occupied by Shoezone.

The site is one of a number of buildings in Lister Gate that have been acquired by Nottingham-based ALB Group, which is also behind the regeneration of nearby Bridlesmith Gate.

Hatchet Harry’s, which started in Newcastle in May 2019 and has other venues in Glasgow, Liverpool and Aberdeen, had been looking for a suitable venue in Nottingham for the past two years.

Now, thanks to a deal struck by property consultants FHP, people in Nottingham will have the chance to learn how to throw axes at indoor wooden targets as part of an entertaining day or night out.

The activity was traditionally a popular Canadian pastime handed down by the country’s lumberjacks.

Jack Beadle, who founded Hatchet Harry’s with business partner Richard Bridge, said: “We’ve looked at a number of venues in Nottingham, but we’d not found anything suitable until this one in Lister Gate came up.  We decided that the footfall here is going to be a big plus, and when we heard about what ALB was doing to regenerate this area of Nottingham, it really piqued our interest.

“That, combined with the regeneration of the Broadmarsh area, makes it the perfect location for our latest Hatchet Harry’s venue.”

Jack said that indoor axe throwing was proving to be a big hit with people of all ages, particularly as a first-stop for couples out on a date night.

Despite a strict ‘no alcohol’ policy and closely supervised tuition from trained instructors, indoor axe throwing is also popular with groups on work socials, stag and hen-dos.

The Nottingham venue will have four ‘cages’ where people can compete with each other to throw wooden-handled axes into a target.  Participants must pre-book slots via the company’s website www.hatchetharrys.co.uk.

Oliver Marshall, Associate Director of FHP, which marketed the property on behalf of ALB Group, said: “We are so pleased to have worked with ALB to deliver this letting, which is hopefully the start of things to come for Lister Gate.   Hatchet Harry’s is an exciting new concept for Nottingham and it’s great they have chosen the city for their fifth venue.

“Lister Gate has had a tough time of late but things are changing with the new Broadmarsh car park and bus station opening in November.  Many of the properties on Lister Gate have been, and are being, repurposed to create residential accommodation on the upper floors and so attracting new leisure uses to the area is fantastic and really adds to the mix.”

FHP is working hard behind the scenes with ALB Group and other landlords to bring in new and interesting tenants to Lister Gate and surrounding areas.

ALB made headlines recently with its announcement that it had been snapping up properties in nearby Bridlesmith Gate with the aim of turning it into the Nottingham equivalent of London’s Carnaby Street.

Arran Bailey, Managing Director of ALB, said: “Being a Nottingham group of companies, ALB is totally committed to doing what we can to help regenerate the city centre.  There’s been a lot of disruption in the Lister Gate area, with the Broadmarsh redevelopment and, of course, the devastation brought about by Covid-19 but we have big plans to breathe new life into the area, and we’re convinced that exciting new concepts like Hatchet Harry’s will add some real sparkle and interest to this part of Nottingham.”

Hatchet Harry’s is planning to open further venues in Brentwood, Reading and Brighton in the next few months.