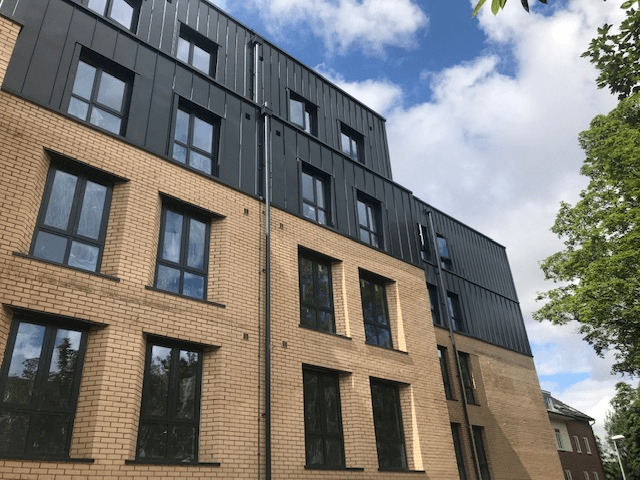 FHP Property Consultants acting on behalf of Cassidy Group have advised on the letting of 229 student bedrooms at DAGFA House in Beeston, next to Broadgate Park, to The University of Nottingham.

David Hargreaves, who structured the deal on behalf of Cassidy said:  “FHP originally acquired this former school site in Beeston for clients 4 years ago and subsequently sold the site on with the benefit of planning permission to Cassidy Group.

Construction was by J Tomlinson which included the refurbishment of the Grade 2 listed old school house in to Studios and communal facilities overlooking a mature garden with the rest new build.

In year 2019/20 the 229 beds were fully let on a direct let basis, but from September this year FHP were able to put in place a straight 10 year lease with annual rent increases to RPI to The University of Nottingham off a rent of £1,327,000 per annum.

Hargreaves said that by putting in place a 10 year unbroken lease to Russell Group University with annual rent increases the yield profile improved significantly with the created Investment being sold for a little over £27million showing the purchaser a net initial yield of circa 4.75%.

Cassidy Group have 2 further student schemes in Nottingham – York House on Mansfield Road, which FHP sold to Cassidy Group on behalf of Intu Plc and which won the Bricks “Deal of the Year 2020” for the East Midlands, which will provide 470 beds and is forward funded to Student Roost; and Deakins Place where construction of a further 703 beds is about to begin with Bowmer & Kirkland the appointed contractor.