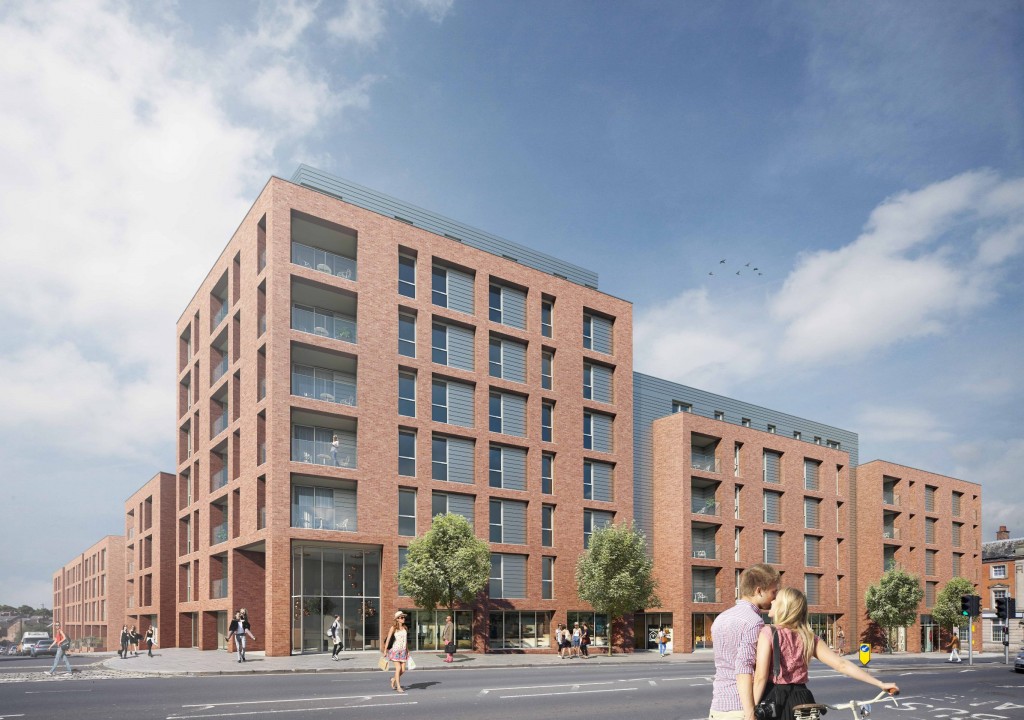 Maryland Securities Group is driving the transformation of a former lace factory on Alfreton Road.

Known as Avitus, it will provide 300 apartments and 10,000 sq ft of leisure and retail space if approved.

David Hargreaves, director of FHP Living, who is working with Maryland on the scheme, said:  “Maryland has brought forward plans for a high quality major regeneration project, designed by one of the leading architects in the UK.

“This extends the well-established Arboretum residential and student area of Nottingham and is to be a key asset to the local community.”

About 650 jobs are expected to be created during the construction phase of Avitus, as well as 100 permanent roles. About £124m will be invested in the Nottingham economy during the build.

Hargreaves added: “The scheme will plug the housing gap in the city centre and is perfectly placed for both universities, and the Queen’s Medical Centre.”

The former factory, known as Forest Mills was originally built in 1950. It was closed down in the 1960s.